Country Wiki
Register
Don't have an account?
Sign In
Advertisement
in: Work in progress, Medal for Arts and Letters recipients, Barzuna people,
and 6 more

Anais Gul Pozo (4 March 1926 - 16 June 2008), popularly known as Anais was a Brezondian singer, songwriter and dancer. Perhaps the most important female figure of Jitanès, Pozo had a successful career, spanning over 40 years. She decisively renewed Barzuna music and is considered a powerful source of inspiration for later artists, often compared to contemporaries Édith Piaf and Amália Rodrigues. She is also notable for being the first woman to be awarded the Medal for Arts and Letters in 1983.

Gul Pozo was born to a Barzuna father and a Spanish (Galician) mother, the oldest of six children. She was born on a farm in Swintley, but in the early 1940s moved to Cape Cross to work as a seamstress with her aunt. Her father, Piero Gul Vieira (d. 1942) was a soldier in the Royal Guard who fought in the Great War and would be executed by the Underground Revolution for collaborating with the Germans, and her mother Silvia Pozo Rodrigues was a Galician seamstress who had Anais at the age of 17.

Anais danced at a number of clubs in the 1940s, including at some frequented German soldiers; she fell in love with and got pregnant by a German private in 1944, then 18, but suffered a miscarriage. She influenced him to desert before liberation but he was imprisoned for a few monts after.

Gul Pozo was discovered singing at bars in the city, and her career began singing in Koningstad in 1956 before working on her first EP, Eus Dulors, released in July 1957. Released by Vogue Brunant, the album was fairly successful, with more pressings needed to be done for 1958.

A second EP, Meu Cor, was released in August 1958, and this further brought her recognition, with a concert in Sevilla in October making her first known abroad.

In 1960 she released Canta Anais; with lead song Caminante na Barzona (The walker from Brezonde), she rose to the charts and was by far the most famous Barzuna singer since Miquel Serra-Grana. She began to acquire the nickname of <<Queen of the Heart>>,due to many of her songs being about the heart, and as she could reach down to people's hearts with her music. She went on a tour of Brunant and then performed in Madrid, Barcelona and Lisbon in the summer of 1960.

She went on a tour of North America in 1961, playing first at the Abigail Johnson Theater in Lovia, then a sold-out show at the Pantages Theatre in Los Angeles and New York.

Many critics and fans alike see the early 1970s, especially 1970, as the pinnacle of her career. Her 22 and 23 May concerts in the National Theater were sold out and to standing ovation, and she capped off the summer with a concert at the Olympia in Paris, which was near-filled and saw the release of her first <<best-of>>, and live album, Anais in Paris.

Returning to the studio in 1971, she recorded Renna nal Cor, released in the autumn and featuring new songs alongside a format often used in the 1970s, new re-recordings of previous songs. Her creative output was not what it used to be, but she was able to bring in sales. The 1973 album A Poeta Canta was made in the same format, with a number of songs from the 1962 album Mil Veisses Si, with an added string section backing to give it a richer sound for the 70s. Many critics and fans derided these new recordings, but again Vogue continued with this format, leading up to the Spanish-language 1974 EP Retratos de España, essentially three remade songs from the 1969 album Anais Canta, and one new recording.

This EP did not feature her guitar playing and in 1975 she announced an indefinite break from music, while Vogue scrambled to find someone else in Brunant to take her spot as the classical singer in their repertoire.

Anais saw a resurgence of her career, most interestingly, in Lovia. Record label Lovilago Music agreed with Vogue to release an Anais album for North America in 1977-78, and it was only several months later she was made aware of the deal. She opposed it, but lied to by Vogue and told it was already under development, she relented in exchange for a new recording deal.

Titled The Queen of the Heart, the album proved to be a success, more so after distribution in the United States by RCA. Anais returned to music due to its success, giving some concerts in Brunant in 1979 and embarking on a concert tour in Lovia in 1980. The release of first greatest hits album The Great Hits of Anais Gul Pozo was financially successful, but critically not as well received, namely for employing many more recent songs or re-recordings over original hits, something Anais opposed.

Following the album and revelations of the fact Vogue lied to her in 1978 led her to leave the label and joined Pathé-Marconi.

Her next release was the album Eus Clasicos in 1982, while many of the songs were new recordings of her very first songs, others were classic Brunanter folk songs never done by her and was better produced than her similarly-styled 1970s records. This was followed by The New Jitanes, a bold live album of new pop-inspired recordings which sold a good number of copies but divided the critics. After this, she switch record labels and joined Stereophone Records.

Anais would give concerts in Lovia in 1983, 1987 and 1991, with her 1987 concert alongside popular Oceana singer Gregior Hustróva being recorded into a live and bilingual duets album, Anais Gul Pozo, Gregior Hustróva. This album would be one of the classic recordings of both, but proved to be Anais' last.

Following Anais Gul Pozo, Gregior Hustróva, she contemplated returning to the studio to record new songs, which was what Stereophone wanted, but she eventually decided to take a second break from music. Aside from performing at the 1990 Independence Day festivities, she stopped her musical activities. Talks were in the works for concerts in the mid-1990s, but hip issues saw them scrapped.

Anais suffered a hip fracture in May 2005. She was hospitalized and was soon better but still in a fragile state. She died in her sleep on 16 June 2008.

Anais married Italian singer Valentino Ricci in 1947 and had a daughter that same year, Maria Giovanna Ricci (1947-). She and Ricci divorced in France in 1951 (divorce not being possible in Brunant until 1965). She remarried to dancer Hendrik Detker in 1959, and famously the church would not permit her to be wed due to her divorce not recognized, instead doing so civilly in France. They had a son, Hendrik, in 1961. 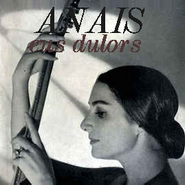 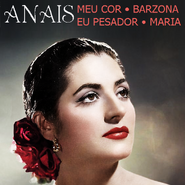 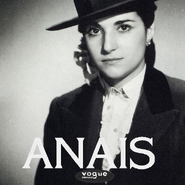 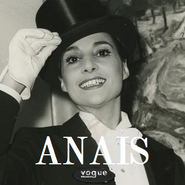 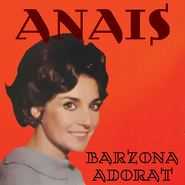 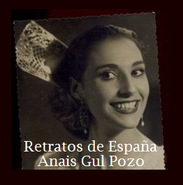 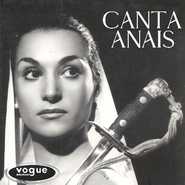 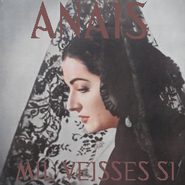 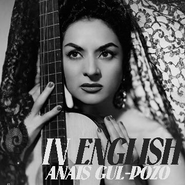 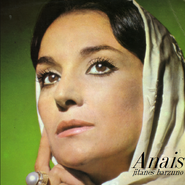 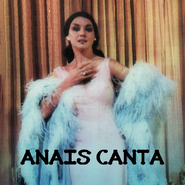 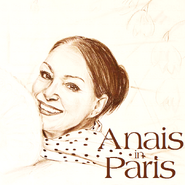 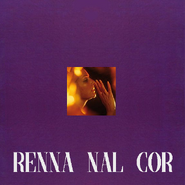 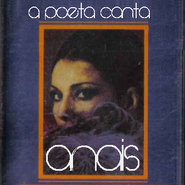 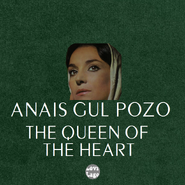 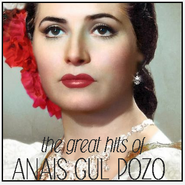 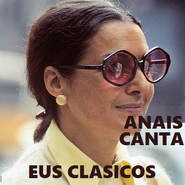 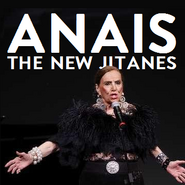 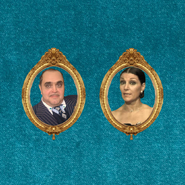 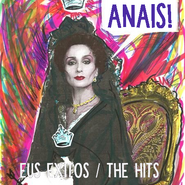