Brunanter literature encompasses the English, the Dutch and the Barzuna language. For such a small nation, Brunant has made a significant literary output through the ages.

Old Brunanter literature consists of several works written in Barzuna and, from the early 15th century, in Dutch. Anonymous works of this nature include the story of Adenis and Virsise; originating probably from the 12th or 13th century, it has been a major influence to later artists and writers. The Zatram Bible is the oldest surviving document in Barzuna, as well as one of the first to be written in Roman script rather than Arabic writing. Printing began in the late 15th century with Antonio Voerholm's printing press.

The 16th century epic poem Theodoricus is considered the first masterpiece of Brunanter literature written in Dutch. However some fragments of the poem are missing. It is known that a library existed in Zatram, but it was burnt down in the middle of the 14th century and no manuscript has been found so far.

During the 17th and 18th century, Brunanter literature was still unformed, but several writers rose to fame, with the novelist and playwright Juan Brandis (c. 1590-1657) considered to be among the greatest burnanter authors.

Hans August Detker (1733-1791) was a prolific poet and novelist, but he is best remembered for his children's books and the translation of Adenis and Virsise in Dutch. Cornelius van Haecht (1691-1755), a celebrated polymath and polyglot, translated several important works of European literature in Dutch. St. Gregory the Chronicler (1584-1669), the writer of the Gregorian Chronicles, was the one who popularized the legend of Gisbert the Lion. 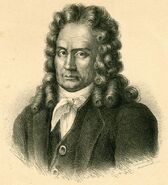 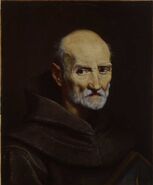 St. Gregory the Chronicler
Add a photo to this gallery

During the early 19th century, Romanticism was the prime literature movement in Brunant, permitting both poetry and prose to flourish. The writers focused on Brunanter history and folklore.

A great number of romantic and poets were popular during this period and many of them have been highly immortalized through their works. Charlotte Coutts (1808-1881) was a renowned writer, famous for her gothic short stories, thus dubbed Brunant's Ann Radcliffe. On the other hand, Dionys van der Akker (1810-1854) wrote epic novellas and novels, greatly influenced by Sir Walter Scott and Wolfgang Goethe, while Emmanuel Berger (1800-1848) was also a very famous novelist.

As of poetry, several important figures stand out; Martin Tempines (1842-1900) was very popular and is known as the Father of Barzuna nationalism, while William Blayne's epic poem Lambert's Revenge is considered a masterpiece of Brunanter literature. Anton Reiber-Koller (1826-1895) is considered the most important playwright of the 19th century.

In the last two decades of the 19th century, romanticism declined in popularity and symbolism took over. However, the literary output was significantly lower and today, the best remembered symbolist is the controversial poet Xavier Plamondon (1850-1901). 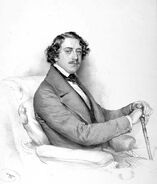 Xavier Plamondon
Add a photo to this gallery

During the first period, Brunant's industrialization and the new social reality, as well as the First World War, proved to be inexhaustible sources of inspiration. Paul Fitzgibbons (1879-1945) is considered one of the most illustrious and reviving spirits of the Brunanter letters of his time. The so-called "Triad of the '90s" (Fedde Laninga, Jozef Hoedemaker and Andrew Cuigley) are considered the top writers of this era. Fedde Laninga (1891-1979), a recipient of the Medal for Arts and Letters, is widely regarded as one of the greatest masters of Brunanter prose. Both Josef Hoedemaker (1892-1961) and Andrew Quigley (1894-1980) were proponents of naturalism. Adelia Hierro (1903-1938), a Barzuna poet accused of lack of originality by her contemporaries, is today very popular. 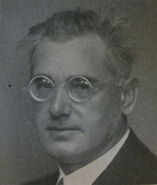 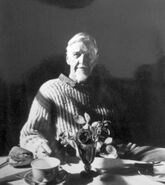 Adelia Hierro
Add a photo to this gallery

After the Second World War, there was an enormous creativity in the field of literature, due to the "the odd inspiration that bad situations bring". Klaas-Gerrit Jansen (1920-1984) was known for his controversial themes, as he often focused on sexuality and religious matters.[1] Stylistically influenced by Modernism, Hannah Jacobson (1931-2002) and Henry Winston Cavell (1924-2008), are thought to be the most important figures of Dark Realism[2], while others like Sergio Samaniega used more surrealism in their work. The theatre flourished, with playwrights like Enrico Soas (1947-1980) and Carlyle O'Keefe (1916-1999). Rafik Boumaza (1922-1994) is considered the greatest poet of this period and one of the most important figures of Arab-Brunanter literature. 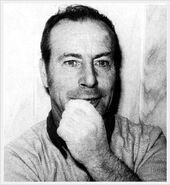 Rafik Boumaza
Add a photo to this gallery

Literature continues to thrive in the 21st century. Some scholars have called Brunant "the blender of world literature", as modern writers are influenced by a great range of worldwide movements.

Historical novel is worthily represented by Carl Ingesson (1944-) and Giona Ecasaria-Melo (1960-). Lodewijk van't Kirk (1949-), best known for his detective novels, has been awarded the Medal for Arts and Letters. Science fiction genre has developed a lot, with writers such as Horatio Kudbryn (1955-) being very successful. Inspired by many different writers (including H. Jacobson, H. Murakami and G.G. Márquez), Liesbeth de Cloet (1970-) is a promising novelist. 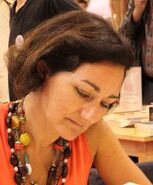 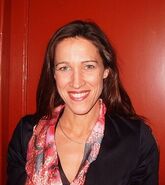 Liesbeth de Cloet
Add a photo to this gallery

Retrieved from "https://carrington.fandom.com/wiki/Brunanter_literature?oldid=76007"
Community content is available under CC-BY-SA unless otherwise noted.