Drenthe Football Club is an AFC football club based in Drenthe (Drenthe Parish). They are the most successful club after St. Marks Koningstad and Grijzestad Strijders, and has had a variety of domestic and international stars over the years. They have played in the First League since 1908, as one of the few teams never to have been relegated. They have a feeder team, FC Dinamo Drenthe 69, which plays in the Southern League. The team's greatest rivals are Brunant Leuwens, with which they contest the South Brunant derby.

Drenthe was one of the earliest clubs to join the AFC, making its first appearance in 1909 and coming in second that year. In 1921, it defeated crosstown rivals FC Drenthe 09 by a 4 point margin to take the title. They would have various successes over the years, and a total of 8 top-level championships. They won the Johan II Cup back-to-back in 1933 and 1934, and won the double (Cup and league) in 1973.

Drenthe entered their first golden age in the 1950s, led by the Hungarian striker Ladislaus Kovacs (Kovács László). They won league titles in 1951, 1955 and 1959 and finished second in 1957.

In the 1970s and 1980s, FC Drenthe was one of the most successful teams in Brunant and featured some of the greatest stars of football. With such players as Simon Rever, Willem Bergher and later Adam Steiner and George Michálek, Drenthe became a dominant side despite their humble origins. In the 20 years between 1973 and 1993 they won six league titles (including three in the 1980s), one cup (in 1973) and finished second on two occasions. Drenthe entered the modern age as one of the best Brunanter teams but were faced with financial issues. The club refused to acquire shirt sponsors until 1990 and with high fees for players were forced to sell many players.

With an exodus of stars, Drenthe was unable to maintain the dominance of earlier yeears, but they did manage three cups and two leagues since 1990.

For the 2012-13 First League season, Drenthe have revamped its squad with veteran Brezonde 1920 F.C. forward Carlos Marin and with Italian right back Fabio Grosso. Jamal Kone and Rob Williamson, two veterans of the team were sold after lackluster seasons. Free agent Hasan Salihamidžić moved to the club in January 2013. Drenthe participated in the 2012-2013 Leaders League for wikination football clubs, reaching the eighth finals.

In 2013, the club was sold to Lovian firm Ranch Investments of Terry Ranch, making Drenthe the third foreign-owned club, after Dortmund SFC and Grijzestad Strijders.

The current Drenthe kit is made by Nike and features Brunant Air as their sponsors. Their first kit was an all-blue shirt with the old club shield with the number "06". This shirt would be used until 1966, when a striped blue/black shirt with the current Drenthe logo was introduced. An all-blue shirt returned in 1978 and was replaced in 1987 with a blue with white shirt. Drenthe was one of the few large clubs that resisted sponsorship on shirts, having their first deal with SD Bank in 1995. 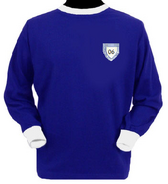 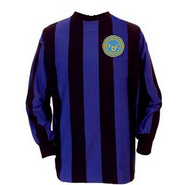 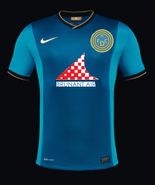 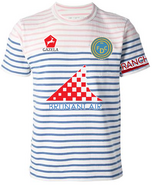 Dinamo Drenthe is Drenthe's reserve team of players. It was founded in 1969 and since the 1970s it has competed in the Southern League. Dinamo has been promoted twice to the 2. Liga, in 1986-87 and 1995-96, and both times it was relegated after terrible seasons. While Dinamo is in essence an separate club, many good players often make it into Drenthe's squad and find success in the 1. Liga.

FC Drenthe also has a women's team that participates in the Women's First League.

Retrieved from "https://carrington.fandom.com/wiki/FC_Drenthe?oldid=80743"
Community content is available under CC-BY-SA unless otherwise noted.