FC Kings is a professional football club based in Koningstad. They play in the First League and are one of the best teams of the modern period. They share the Koningstadion with St. Marks Koningstad. They are currently coached by former footballer Matthias Bergmann and have tell.me as their shirt sponsors.

FC Kings was founded in 1953 (and is Koningstad's second oldest professional club still playing). They were based in the Inter District and was made up mostly of immigrants. Over the years they gradually lost popularity to Arabian FC and other teams (after terrible seasons in the 1970s and 1980s). In 1978, after rapidly declining finances they were forced to demolish their stadium and share the Koningstadion with rivals St. Marks Koningstad.

Throughout the 1980s and 1990s the club vastly improved, gaining a number of foreign stars such as Argentinian Augusto Ferrantes and Kemburger Andy Chappel. Kings won the league in 1987 after several lackluster seasons, led by Ferrantes and finished second in 1988. In 1989-90 Kings won the league again, just coming ahead of FC Drenthe and they finished runners-up in 1993.

The 1990s proved a good decade for the club. With new signing Chappel in midfield, they won the league in 1997 and 1999 and finished second in 2001. Younger players helped them to a seventh title in 2004.

The team improved greatly in the 2000s and in 2011-12 it won the league. Kings participated in the Leaders League for wikination football clubs. They finished 1st in their group and made it to the semifinals, losing 5-2 on aggregate to FC Skeend of Libertas.

Kings finished second in the 2012-13 First League though in the 2013-14 season they only made it to ninth position.

On the 14th of February 2015, the Kings were bought by Mitchell van der Laan, a Brunanter businessman. He promised to bring the title to the Koningstadion. He also stated he prefers a focus on youth players, stating he wants to make full use of the youth academy. He kept this promise, as after his takeover several youth players have became part of the first team

Kings has used white kits since the 1970s and that has been their main color since 1990. Prior to that their home kit was blue-gray. They acquired shirt sponsors for the first time in 1985, with Spanish beer brewer Mahou sponsoring the club from 1985 to 2000. Mobile company tell.me has sponsored the club from 2009-2015. The club relied on local manufacturer Gazela for their kits until 1986, and from 1987 to 2005 they used Le Coq Sportif. Since then Puma have manufactured their shirts until 2015. In 2015 the Kings announced that both tell.me and Puma would end their sponsorship/manufacturing of kits for Kings as of the 2015-16 season. Not long after that announcement Plusbank was announced the new shirtsponsor, and Adidas was announced as the new manufacturer. The Plusbank deal was said to be made possible by Mitchell van der Laan's connections. 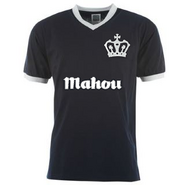 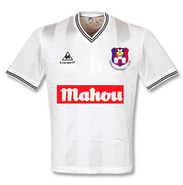 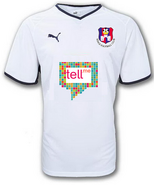 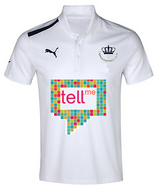 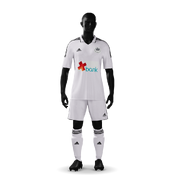 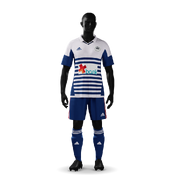 Retrieved from "https://carrington.fandom.com/wiki/FC_Kings?oldid=80205"
Community content is available under CC-BY-SA unless otherwise noted.