Domestically, Willemstad is considered to be a title contender, however only won the 1. Liga in the 1999-2000 season, finishing in third and fourth on numerous occasions. The club has a long-standing rivalry with FC Donderar, known as the Lower Parish derby. It is also one of the most supported clubs in Brunant as of recent years, the large financial backing and investment key to gaining supporters.

Football Club Willemstad was officially founded on 6 May 1956. Football was already widely popular, when a Dutch investment firm based in Tilburg was interested in forming a professional football club in Brunant. Officials from the firm searched across the country to find a green town with loyal fans. The chief executive officer of the firm chose Sint-Willemstad as his new place of residence and the location of the new club. Based on the Curaçaoan city of the same name, Football Club Willemstad was chosen as the name of the club. Among acres of fields, a small stadium was built with a capacity of six thousand, two-thousand of which was seated. In a local poll, the name of the stadium was chosen to be 'Willemstad Park', with an overwhelming support of 68.3%. The firm had a variety of other projects to focus on, and a lack of funds were invested into the club. Although the club secured a stable foothold on the Second League, promotion quickly became unlikely and the supporters base quickly declined.

The club's fortunes turned around in 1968, when a local wealthy supporter based in the agricultural industry purchased the club. An influx of talented football players were purchased from the First League, and the club earned promotion to the First League the same season. In the First League, Willemstad's success continued. Within several seasons, the club had adjusted to the standard of football played in the league, and quickly became a mid-table team. Although the club to win the title, they were still considered one of the most successful throughout the country, earning a historical 5-1 victory in a match against St. Marks Koningstad in 1971. The successful squad quickly became older, many of the club legends retiring. The lack of youth facilities caused great harm to the club, and they relied on free agents to survive in the division.

In 1979, the club had an abysmal season and were relegated to the Second League. They finished the season with just 23 points, losing to rivals FC Donderar on the final day of the season, a game which could have helped them avoid relegation. The club's owner, Gerd Jansen, sold the club to a local family. The family had a fortune of just over one million, and continued performing poorly in the Second League. In 1992, the club were once again promoted to the First League and thanks to several investors, finished in the top six for the remainder of the decade. In 2001, the investors pulled out of the club, and they were relegated to the Second League once again. The club achieved no further success for many years.

In 2012, the club was purchased by the supporters. Because of the large fan base, the club could afford to purchase an influx of high quality players. Green Party leader and Brunanter prime minister Peter Wostor, a life-long fan, was elected as the President of the club. The club won the league that year, and with the large fan base, Peter Wostor felt it was necessary to open the Willemstadion, a 26,000 seater stadium. There are currently 50,000 people with membership, allowing the club to purchase football players for large fees. Under fan ownership, the club is considered to be in it's 'prime era', despite not being as successful as in the 1990's. Under Peter Wostor, the club has spent over 30 million euros.

In November 2012, the 26,500 seated stadium, the Willemstadion, was opened to use of the public. It was constructed in order to fit First League criteria as part of the club's push for promotion. The club achieved promotion in the season, and fields surrounding the stadium were purchased in order to build a museum, shop, and statue of tbd. Training fields and a 5,000 capacity stadium for Jong Willemstad were also constructed within the complex.

The club's primary rivalry is the local derby between FC Willemstad, representing Sint-Willemstad, and FC Donderar, representing Donderstad. Matches between the two clubs are referred to as the Lower Parish derby. The derby is considered by many as one of the most important derbies throughout the country, and has always been televised since the awarding of television rights by the 1. Liga. When either club has been relegated to a lower division, a friendly has usually been played during pre-season in order to gain funds. Other rivalries of importance to FC Willemstad include matches between FC Drenthe, Brunant Leuwens, and Nieuw Helmond based club Mediterranean FC.

Jong Willemstad is the reserve and feeder team to FC Willemstad. The team is composed mostly of professional footballers under 21 years of age. It was founded in 1982 and since its foundation has played in the Southern League. Jong Willemstad has spent four seasons in the 2. Liga, and was disqualified from promotion on one occasion as FC Willemstad failed to earn promotion. Jong Willemstad is considered to be one of the most talented youth teams throughout the country, and the club has invested millions in the team purchasing players and improving facilities.

They play in the Southern League Division One. 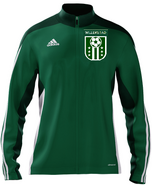 Add a photo to this gallery

Retrieved from "https://carrington.fandom.com/wiki/FC_Willemstad?oldid=80736"
Community content is available under CC-BY-SA unless otherwise noted.