Grijzestad, officially the City of Grijzestad, (locally pronounced Grisstad, English: Grey City) is a Brunanter city on Hogeberg Island and the capital of Chester Parish, with a population of around 120,000. It is the oldest city founded by Dutch settlers in Brunant and is the heart of a large and abundant agricultural area.

Grijzestad includes a lot of landmarks, spread over some neighborhoods. The city is split into three main areas: Old Town is the historic and administrative center of Chester Parish, U-Stad is a modern neighborhood built around Grijzestad University and Caroline Park is a neighborhood in northwest Grijzestad that developed in the 18th century.

The name Grijzestad stems from the fact that much of the city's old buildings were made from grey stone. At the time of it's founding it was known as Sint-Peter-Stad but since the mid 16th century has been known as Grijzestad. In English, it is often referred to as the Grey City and many people now refer to it as G-Stad (shortening the name). This abbreviation is rarely used within and around Grijzestad and is often considered offensive.

During the Dutch colonization of Brunant in 1411, a Dutch ship sailed to the islands from The Hague (Den Haag) and landed in modern-day Chester Parish. These settlers founded a village called Sint Peter-Stad. This little farming community was expanded into a market town in the late 1410s with the addition of a church and other larger buildings, mainly the market hall.

In 1480, a great fire spread through the town, destroying much of the old wooden buildings and even a few stone ones like the new town hall wich was built in 1446 by Jan de Wilde, Mayor and a Founding father. There were 60 dead, many which were trapped in their houses or even a few who were brave enough to rescue others. Over 50% of the town was lost and it looked like a wartorn city. Afterwards there was a large rebuilding of the town and it took over 25 years to rebuild it. Since most of the new buildings there were grey, it gained the nickname, and then official name of Grijzestad[1]. This reconstruction gave the town its characteristic look of grey-walled houses with orange clay-shingled roofs. It was also during this period when the town's walls were built.

During the Civil War (1663) the Battle of Grijzestad was fought near the town. While there was little damage to the town[2], many Grijzestader men were killed in the fight and a few supporters of old King Willem II "went missing" or were killed (though not as much as in Sint-Willemstad).[3] Grijzestad was the site of a long siege during the Franco-Brunanter War. It's fortress provided protection during the siege. The siege would last for about one year, and the town's population decreased dramatically. Only until 1758 with the arrival of the King's brother in law (Frederick II of Hesse-Kassel and 1500 troops) was the town relieved. Grijzestad served as capital of Brunant up until Carrington's invasion in 1784. During the ensuing battle, the people of Grijzestad put up fierce resistance to his invasion, unlike most of the other towns. When his troops defeated the people, he had many of them killed (around 500). After this the city fell into an economic (and general) slump, with many moving to Koningstad. Only until the mid 19th century was the economy revived, with the discovery of major iron and ore deposits nearby. The city prospered well into the 20th century, and was a major manufacturing center.

In 1941, Grijzestad was attacked by Germans as part of their overall invasion. As seen throughout history, Grijzestad put up staunch resistance. Soldiers stationed in the citadel attempted to fire back with 19th century cannons, but the German armored units easily rolled through the town. Within hours, the citadal was in German hands and the town had virtually ceased fighting. Over 100 Brunanter soldiers died in the Battle. In the aftermath, the town became a major area of operation for the Brunanter resistance, which surprisingly managed to kill 20 Nazis stationed at the fortress unnoticed [4]. The Germans quickly removed the guns from the fort and proceeded to tear down portions of the wall to allow trucks and other armored vehicles to pass with ease. They sacked many of the old buildings of their valuables, but surprisingly left the cathedral relatively intact. In 1944 Brunant began to be liberated and the Germans had begun a general retreat. In Grijzestad U.S. and Brunanter troops approached the town and the Germans surrendered.

In the postwar period, the U-Stad began construction to the southwest of the old town. The modernist style of this quarter generated a lot of controversy, especially due to the clash with the classical architecture found elsewhere. Beginning in the 1970s there was a plan undertaken by mayor Lester Manner to renovate and "fix-up" the city. Many of the old monuments went through extensive projects to protect damaged areas. The town walls were also fixed up [5]. Renovations and rebuilding of various structures were held. Grijzestad is now an important tourist site in Brunant due to its history and culture.

No less than four military engagements have been fought here, and they have all been very devastating. Official estimates place the number of dead in all conflicts from the Civil War onwards at around 2000 [6]. In 1951, the Memorial Park (with a monument) was opened, dedicated to those who died in Grijzestad's many battles.

Like most of Chester and Sint-Anders Parish, Grijzestad and the surrounding region is characterized by gentle rolling hills. Around the town and in the countryside there are many farms, mostly growing vegetables, olives or with grapevines. The city itself is gently sloping downwards, from the citadel towards the harbor.

Grijzestad experiences a warm Mediterranean climate similar to much of southern France and Catalonia. On average, the temperature is 67°F (19.8°C), though in the winter months it can get town to a chilly 40 degrees (4.4°C). The record high was 95 degrees on July 24, 1980 and the record low at 31 degrees on January 8, 1997.

Elections were held in 2014 and Jan Grinbergs of the Green Party became mayor, voted in with support from the Socialist Left Party, Social Democratic Party and A Better Brunant. The government is composed like this:

There are several police stations and stations of the Royal Grijzestad Firefighting Corps in the city. 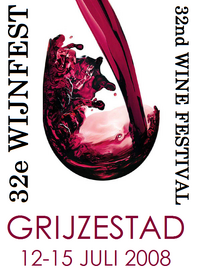 Like most of the surrounding region, Grijzestad's traditional economy has been based around agriculture. Up until the 20th century, olive and vegetables farms and wineries were the main source of income for most families. Stores and shops sprang up in the late 15th century, many of them wineries and markets selling the farm products like Moscatel and Listan wine. Tourism is now one of the largest sources of income for the town, having supplanted other income sources in the 1970s as the top revenue maker.

Gunmaking was, in the 17th to the 19th century an importnt revenue source, as it required the exploitation of nearby iron mines and use of metalworkers. Many people were employed in the mines from the 1860s onwards, but increased competition from Europe and their exhaustion in the 1950s led to the end of the gunmaking business (a few "boutique" gunmakers still remain, though; Theo. Geleynes, founded 1610 is still very active in this business but mostly makes hunting weaponry.

Other manufacturing in Grijzestad found to this day is clock and watchmaking (Berlinger and Strand-Marinier are famous companies). Luxury car manufacturer Mondan was also based here.

The port at Grijzestad was, until the 1840s, the busiest one in the nation. Wine and produce were shipped to other parts of Brunant and the Mediterranean Sea, and much was received from around Europe. There was a decline in the shipping industry in the 1930s (the depression) but in the postwar period there was some growth. Although this industry is 1/3 the size it was 100 years ago, it is still an important one for Grijzestad. 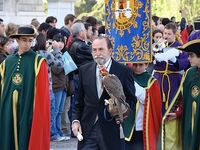 Throughout the year, there are many things to do and see around Grijzestad. In April, there is the famous Easter Parade (and mass). Liberation Day (13 April) is commemorated with visits to the war graves and other activities honoring veterans. On June 9, the town host the second-largest Independence Day parade (second to Koningstad). During the summer months there is the Grijzestad Wine Festival, usually held in July and in August there is a military re-enactment of the decisive 1663 battle. Grijzestad has been since 2010 hosts to music fesitval IN DE STAD, the best-known indie music festival in the country.

Grijzestad university also has a number of sports teams that play in national and European competitions. They are noted for volleyball and basketball teams, the women being the current national champions. They also have a good football teams, which shares the University Park stadium with the Strijders.

The city has a number of radio and television stations. In recent years, popular music station Lucas FM has been one of the most popular in the country.

Football (soccer) is the most popular sport in the city. The Grijzestad Strijders (Grijzestad warriors), founded in 1898 is the most popular club in the city and the only on competing in the first division. They have won 9 titles, beginning with the inaugural season of the AFC in 1908. Real Grijzestad SC (1938-1956) was the second professional club in the city, but it never performed well and was disbanded after 18 years. Grijzestad University S.C. is the second team in G-stad, which also competes in the First League.

Boxing plays an important role in the life of Grijzestad; many notable boxers were born here (including iconic Michiel van der Aa), while the most National Boxing Championships have taken place in the Hampton Motors Arena. In the summer months there is a bicycle race going around Hogeberg Island that starts and ends in Grijzestad. They also have a fairly successful basketball team, Grijzestad B.C. "the Warriors". Grijzestad RLFC, a rugby league team that currently competes in the Brunanter Rugby League also plays in the city.

As an old town and former capital, Grijzestad is a very touristic town. In the Old Town, on can find the city's main attractions.

Other attractions include the city hall, Modern Art Gallery of Grijzestad and the Memorial Park.

The City is split into four main neighborhoods, the Old Town, Caroline Park, Sint-Genis and U-Stad. Old town is the historic area and administrative center of the city. Caroline Park is an old neighborhood located outside of the walls and built in from the 16th century onwards. The U-Stad is a modernist quarter planned in the 1930s and constructed in the postwar period.

Balcort, which is located 30 minutes south of central Grijzestad is a low-density suburban neighborhood of the city. With only 3200 residents, it is the least populous in the city.

Grijzestad is a very accessible city. By road, the A3 links it with Chester and Grunbeck. Smaller roads like the B7 and B8 join it up with Charles Town and other small communities. The Grijzestad Airport (opened in 1997) has provided flights to Koningstad and other local destinations. Prior to this, access to the city from the other islands was by boat.

Public transport in the city is served by urbanLINK buses and Chester Crosslink urban trains.

Most Kings up to the Carrington era were born in Grijzestad as well.

Retrieved from "https://carrington.fandom.com/wiki/Grijzestad?oldid=83533"
Community content is available under CC-BY-SA unless otherwise noted.