Julian Cassals (9 September 1895 - 8 April 1973) was a Brunanter fashion designer, who was famous as the first grand couturier in Brunant.

Cassals was born in Carrington to a family of tailors. Working in his father's shop, he became exposed to the world of fashion. Cassals began designing dresses by the age of 10 and would often dress his mother. By 1920, he was dressing his mother's friends and began gaining recognition.

In 1927, he relocated to Koningstad, where he worked for a variety of ready-to-wear designers before founding his own fashion house, Cassals, in 1930. He retired as head of the house in 1966. 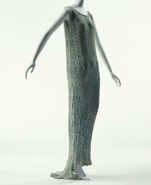 This article is a stub. You can help Country Wiki by expanding it.

Community content is available under CC-BY-SA unless otherwise noted.