Founded in 712 by the Byzantines, in October 2012 it celebrated its 1300th anniversary.

The name of Niesburg was a corruption of the Latin name Niesium, combined with -burg (Dutch and German for castle), in regards to the castle overlooking the town. The Barzuna name, Niesa, also derives from Niesium. The town is also alternately and incorrectly called Niesberg[2], although the "-burg" ending is the official spelling.

Niesburg was founded around the year 712. There were several reasons for the establishment of this town. Firstly, the city of Brezonde was experiencing overcrowding and there was a need to alleviate the population. Secondly, the authorities wanted to expand Byzantine control over more of the islands and prevent others from gaining control. Niesium had about 350 citizens by 750. Around 795 they built a small fortress in response to Arab expansion in the Mediterranean region. 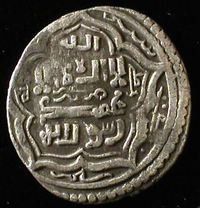 Brezonde was conquered by the Arabs in 818 and the townspeople of Niesium prepared for an attack. 400 Arab soldiers marched towards the town and conquered it without much difficulty. Around 1100 the old Byzantine fort was torn down and replaced with a more modern castle. A mosque was built in 1003 and the town was a thriving settlement. Much of the town's economy depended on farming, though mining for silver and iron was a significant portion of the economy. Niesburg gained notoriety in 1219 when seven citizens were arrested by the authorities for falsifying coins; at the time this was the biggest crime committed in the islands. Niesburg was the site of a major battle during the Aragonese Conquest of Brunant, which saw the town fall to the Aragonese.

The castle became a deposit for the silver in the region and was often the target of thieves and groups of bandits. In 1269 a group of greedy soldiers broke in and made off with several bars of silver. It would be a week before they were caught but all were sentenced to death (In 1872, a hoard of 328 silver coins was found in the castle ruins). When the Venetians took control they were intent on removing the mosque, but the threat of armed intervention of the townspeople (Muslim and Christian alike) prevented this.

The Dutch slowly started appearing in Niesburg after 1415 and were influential in spreading thoughts of independence. Niesburg was one of the first towns to revolt against Venetian rule. On July 4, 1427 Venetian soldiers lay siege to the castle. Using various siege weapons they smashed the castle to rubble and killed over 300 defenders. They laid fire to much of the city, completely destroying the mosque and burning down the local church.

Niesburg prospered during the time of the Brunanter Republic, largely benefiting from its secularism. The rise of Leuvis Van Damme into power and the foundation of the Catholic kingdom caused tensions with the government. Many Muslims left for Granada and North Africa, and a small minority converted to Christianity. In 1536 the Collegium Niesiae (Niesburg College) was founded by the local priests as on of the earliest tertiary-level schools in the country.

During the Brunanter Civil War, Niesburg was spared much of the damage incurred on other towns. The fact that had no usable fortress effectively neutralized it as a threat to both sides. But, the royalists were known for press-ganging local men into the Royal Guard, which displeased the people, despite their support for conservatism. The town became an open supporter of Karl Van Draak, as he pledged freedom of religion to all and especially was supported by the Muslim minority.

In 1670 mayor Anders Helmsberg declared Niesburg's independence and proclaimed himself its king (Niesburgensis Rex). The authorities in Grijzestad sent a force of 100 soldiers to solve the situation. As Helmsberg would not cooperate and rescind his town's independence, he was shot and killed, and swiftly replace with another.

During the Franco-Brunanter War Niesburg did not suffer through the long sieges experienced by other towns, but from March 18-August 29, 1757 were under a military occupation by French troops. The town became notorious for massacring 22 French soldiers on the night of 19 July 1758, but a string of successive military defeats did not allow them to carry out repercussions.

In 1784 James Carrington invaded Brunant and in early August his men were upon Niesburg. The town did not experience the warfare felt in other towns[3] His soldiers did take several barrels of ale from the Gasthaus and looted the church. Niesburg never supported Carrington and official town documents referred to him as an "illegitimate despot". In 1790-91, Niesburg experienced an influx of some French aristocrats escaping the French Revolution. They originally formed part of the town's elite, but have now integrated themselves. With travel becoming more accessible by then, Niesburg College closed down in 1798 due to low enrollment numbers.

During the first world war, 146 young men from the town died overseas in the action. Three women also joined as nurses. The returning soldiers were given a hero's welcome, though many lived in difficult conditions afterwards[4] The postwar period was marked by a nationwide depression and Niesburg was barely affected. They would not be spared during the Great Depression; many men wold leave the farms for the big cities and as a consequence the women began working the land. Niesburg was a heavy opponent to Maarten Dolmatoff's communist government, since most of the people were traditional and conservative. During this period, Cristian Everard (a Niesburger) founded the National Socialist Front in response to the communists. He held many rallies here, as this was one of the few towns to support his cause.

After the German Invasion of Brunant in 1941 many Niesburgers collaborated with the government, in order to rid themselves of communists. Jews were often kept hidden to the authorities. In By 1943 the town had abandoned support for the Nazis, partly encouraged by the Underground Revolution. Niesburg attempted to spark a national revolt, but it ultimately failed and its leaders were executed. In Early 1944 a British plane crashed near the town; the injured pilot was rescued and the town took care of him and hid him from the authorities.[5] Later that year the town was liberated by a Canadian contingent; the Nazis shelled the town the next day but were unable to clear away the "Canucks".

The postwar period was a new era for Niesburg. Under mayor Leroy, they began a major campaign to fix up and renovate the towns busildings, damaged by war or by age. In that short period of 1956-59, Niesburg went from an old decaying town to an architectural gem. The consistent election of White Party (and since 1968) CDU mayors has especially led to many conservation projects. In 1988 the town elected its first Social Democrat and female mayor, Elsa Miesner.

Niesburg has since the 1980s promoted a tourism campaign to attract people wanting to see the ancient buildings and castle ruins. Niesburg received about 34,000 visitors in 2011 alone. As one of the most visited towns in the country, Niesburg has seen a lot of financial growth, making it one of the more wealthier towns in Brunant. The lack of significant social spending locally and a slowdown of the economy has led people to protest austerity and their local government in 2015, centering on Canadaplein.

The economy of Niesburg has historically been centered around farming and mining. These industries were very important in the region since the 11th century.

Agriculture continues to play a major role in the national economy. The region is noted for its wheat and grain crops and have earned this area the nickname of "Brunant's Breadbasket". Crop failures in the 1930s and 1960s led to a diversification of crops and vegetables are now a big crop as well.

As a very old town Niesburg gets a lot of tourists, especially from Carrington and Roodstad. The main attractions include the:

Since the 17th century, clockmaking has been important in the town. Niesburg was the home to Ringer Brothers Timepieces[7] and Leuvis Hassman, both which catered to government and monarchs. Clockmaking has now become a legacy industry, with only a few skilled artisans and clockmakers who have maintained the old traditions, including De Arien Niesburg (which also imports watches and clocks).

Other manufacturing was centered on consumer goods and small items, such as Bruninger (toys) or Petersen (tools).

Niesburg has not had many successful or popular sports teams in the postwar period. In football, the best-supported are FC Taurus Niesburg and Victoria Niesburg, both of which are based in the Municipal Stadium. They play in the Cape Cross League and Taurus had been the only one to gain promotion to the top leagues (of the AFC), back in the 1980s. Niesburg has the professional basketball team Basket Niesburg, which competes in the Brunanter Basketball League, though to low success.

In the past Niesburg had some of the best football teams in the country in Fulvia and Niesburg R.S.C.

Recently, rugby league club Niesburg RLFC has become very popular in the city. Attendances are often higher than any other sport club in Niesburg. Their stadium, the Niesburg Rugby Stadium, has a capacity of 8,000 making it the largest in the city.

Niesburg is located at the junction of the A1 and B2 highways. The surrounding region is especially flat, only a small hill to the south (where the castle stood) was high. The town itself is characterized by old stone houses painted white, which gave the town the nickname of the "white city", as opposed to the the red city or The Grey City.

Niesburg is an easily accessible and well-located town. It can be reached by various highways and roads or by train. Ride Niesburg, the local public transit system, has been around since 1957 and is one of the best systems in Brunant.

See the page Map colors for an explanation of what each color means.

The area surrounding Niesburg is relatively hilly and full of farms. The area to the south was the scene of heavy fighting in July 1944 and is now the location of the Canadian Cemetery of Niesburg.

Retrieved from "https://carrington.fandom.com/wiki/Niesburg?oldid=78101"
Community content is available under CC-BY-SA unless otherwise noted.