Piet Wasser (7 March 1940 - 8 October 1973) was a Brunanter painter famous for his postwar pop art style. He was a largely successful artist, though his womanizing, drug use and excessive spending contributed to his suicide at the age of 33.

Wasser was born in Donderstad, but grew up in Sint-Hendrikstad, where is father worked as an engineer for shipbuilding company Arens Drenthe. He moved to Koningstad in 1958, where he studied at the Koningstad Academy of Art.

Wasser already began painting in the mid-1950s, but sold his first work in 1962, but by the mid-to-late 1960s, he was focusing on serigraphs. He rose to prominence in the 1960s and became celebrated for his avant-garde work. His first solo exhibition was held in Koningstad in 1964.

In 1969, Wasser was arrested for drunk driving. Seven more arrests followed and in his driving license was temporarily revoked on three occasions. In 1971, he spent six months in a rehabilitation center for his excessive drug and alcohol use. Prior to this, he was arrested for assault and battery on his then-girlfriend Marianne Koopman in their luxurious Vandelet Quay penthouse, but she later dropped the charges. One year later, this penthouse was auctioned publicly following Wasser's debts as a result of his excessive spending.

Wasser completed his last two works in September 1973, shortly before his death at the age of 33. He committed suicide after a long depression.

In 2008, his 1973 serigraph Down was sold for an impressive €62,000 at auction. His 1971 work Untitled was sold for the enormous amount of €112,000 at The Grand Brunanter Auction in Brunantstad. Some of his works are exposed in the Modern Art Gallery of Grijzestad, but also in private collections. 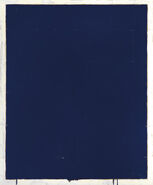 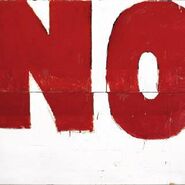 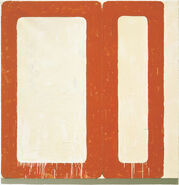 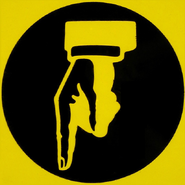 Down (1973)
Add a photo to this gallery
Retrieved from "https://carrington.fandom.com/wiki/Piet_Wasser?oldid=80597"
Community content is available under CC-BY-SA unless otherwise noted.