Marianne Elisabeth Van Draak, Duchess of Middleton (born 4 February 2013) is the Brunanter Crown Princess and the daughter (and eldest child) of Queen Helene and Prince Bernd. She was born in 2013 and is first in line to the throne. She has a younger brother, Prince Cristian, born in 2014.

Princess Marianne was born at the Royal Koningstad Hospital on 4 February 2013, at 7:10. Sami Jaradat was the doctor who delivered her. She weighed 3,55 kilograms and measured 48 cm in length. Her birth was formally announced at 9:00. Following her birth a hospital in Drenthe was named after her. Her first public appearance was on 3 March for the queen's birthday.

Following her birth, a number of monuments in Koningstad, Grijzestad and in Berrio were lit in red and white to mark her birth. She received a number of gifts, including a specially made children's book on the history of Brunant, presented by the Prime Minister, with all the drawings by first cycle students.

The princess was baptised at St. Peter's Church in Koningstad by Bishop Adam Berger, with King Sebastian and Queen Louise of Lovia as her godparents. Filomena Giordimania is her nanny.

She celebrated her first birthday on 4 February 2014, in a small party with close family. She undertook her first state visit with her parents and brother to Strasland in February 2015, for the baptism of distant relative (and her parents' godchild) Emma Augusta Holme.

She has since been present at VE Day ceremonies in Koningstad (May 11) and been to the Koningstadion to meet the players of FC Kings and receive a matching team shirt with her brother (1 July).

She was a bridesmaid at her cousin Princess Stephanie's wedding in Kemburg, the youngest one present.

She celebrated her fourth birthday at her school on 3 February 2017, and a <<proper>> birthday celebration on 4 February with her parents, grandparents, cousins and (paternal) great-grandmother. On her birthday a new flower species, Marianne's Borage (Borago officinalis subsp. mariana, a lilac-colored variant) was named after her.

Ahead of her fifth birthday in 2018, a street in Cristiana (Berrio) will be named Middleton Lane in her honor, and she became a cavalier of the Order of St. Andrew. It was announced that in the summer of 2018 she will start football training with the FC Kings academy.

In May 2018, the Duchess of Middleton Foundation was set up to promote environmental causes. Her father will be the temporary patron, though the princess holds the presidency, which she will formally lead upon her coming of age.

In the summer of 2018 she joined the FC Kings junior academy.

The princess is fully bilingual, speaking both English and Dutch.

In September 2019 she will begin her first cycle studies. 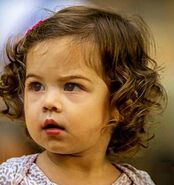 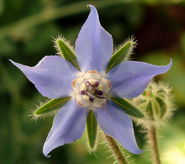 Marianne's Borage, named after the princess

The princess' monogram
Add a photo to this gallery
Retrieved from "https://carrington.fandom.com/wiki/Princess_Marianne?oldid=73751"
Community content is available under CC-BY-SA unless otherwise noted.