The Screwdriver is a chain of lounge bars in Brunant, which was founded in Koningstad in 1973 as The Screwdriver Pub, but later expanded to three more locations.

The Screwdriver bars are known for their large selection of both alcoholic and non-alcoholic cocktails and others mixed drinks. Modern and trendy music can be heard in the bars, which are provided by DJs on weekends when special events are organized. The interior of the pubs is also modern, with a dance floor, colorful lights and a large counter.

At the Inter District location, which is the largest, an annual bartender cocktail competition is organized.

The Screwdriver Pub was initially an exclusive lounge in The Port, Koningstad, which was founded in 1973. New ownership in 2005 saw The Screwdriver expanding its business into a chain of popular, trendy and upscale lounge bars across the country. Apart from the original standalone location, pubs were opened in the capital's Inter District, Grijzestad's Old Town and Roodstad. 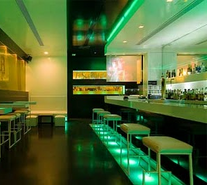 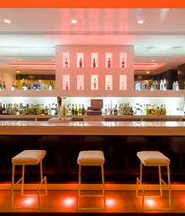 Add a photo to this gallery
Retrieved from "https://carrington.fandom.com/wiki/The_Screwdriver?oldid=80601"
Community content is available under CC-BY-SA unless otherwise noted.