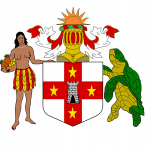 Hi, welcome to Country Wiki! Thanks for your edit to the User:George the Greek page.

What do you think? HORTON11:

I, Peter Wostor (Prime Minister of Brunant) would like to thank you for your contribution to the Kingdom of Brunant.

You have made an extremely great contribution to the section Music by promoting it lots and getting people to make bands. Thank you very much!

George, the other day I started a book on User:Horton11/Notepad but I'm not sure what to do with it. Do you think you can make something out of it; it's supposed to be the story of a undertaker who kills people to help his business and then moves on to the next town when the people begin suspecting things. HORTON11:

But i'm stuck atm. I have the ideas but it's hard to get them flowing together. HORTON11:

May I create an article about Lodewijk van't Kirk's character Detective Huygen in a soap series. Wabba The I (talk) 20:03, February 7, 2013 (UTC)

What do you plan to call it? HORTON11:

Not all Huygen stories are in Adamstown, but only one. Huygen is actually based in Grijzestad or Koningstad.--George the Greek (talk) 22:09, February 9, 2013 (UTC)

Ghrabi had already scored goals for Arabian before the winter break, so he couldn't have been bought before then, you see? 77topaz (talk) 19:11, February 13, 2013 (UTC)

But Ghrabi and Abdelkadir were already with the club before the transfer period, you see? Ghrabi scored goals before then, even. 77topaz (talk) 03:07, February 14, 2013 (UTC)

i started a Danish wiki country http://strasland.wikia.com/wiki/Strasland (long story), but doyou think that we can say that an old prince of Brunant was elcted to be the king in 1848?MMunson (talk) 00:50, February 19, 2013 (UTC)

Or how about, a princess is elceted queen and then she marries a nobleman of Strasland and creates the family.MMunson (talk) 01:10, February 19, 2013 (UTC)

George hasn't been active in a while, sadly. HORTON11:

Wonderful. I've been working on a few shows and movies if you want to help, or feel free to do whatever you like. HORTON11:

He George, this is my latest project and I was wondering what you though of it and how I could improve it. HORTON11:

George, are you still around? HORTON11:

Retrieved from "https://carrington.fandom.com/wiki/User_talk:George_the_Greek?oldid=39003"
Community content is available under CC-BY-SA unless otherwise noted.