Hanty Malone (born 12 May 1988), commonly known by the stage name XX3 (pronounced twenty-three) is a Franco-Brunanter singer and rapper, self described as a "soulful dude". Born near Paris, France and raised in Koningstad, Malone was initially discovered in 2012 via Youtube, where he billed himself as "The Rapper from Paris".

He initially rapped in French as evidenced from his first videos but became successful singing in English. Following the release of mixtape XX3 (TWENTYIII), he has grown in success in Brunant and abroad.

Malone was born in Massy, south of Paris, France in 1988. His father, Everman James Malone (1940-2003) was a former U.S. Army serviceman who had settled down in Paris and his mother was Luce Marcil (1954-2008), originally from Guadeloupe, a French territory; both were fairly poor and lived rough lives, only marrying in 1990. He has two older brothers (b. 1972 and 1974) and a sister, Helene (b. 1980). His father had an abusive relationship with his wife, and Malone would frequently run away from home to avoid being beaten, but failed to convince his mother to leave him. In 1995 the family moved to Koningstad, but still the abuse continued and his father then abandoned the family in the summer of 1997.

Malone's older brothers were indifferent to their mother's struggles and spent what little money they earned on drugs and hookers. Malone dropped out of school in 2006, just before his college graduation, in order to work full time to support his mother and sister. His mother died in early 2008 after a long illness, but determined to go forward he finished the high school classes needed to graduate. Around this time he began to sing and rap in public, on the streets and occasionally in area clubs as a supporting act. Finding little success and opportunity, he moved back to France, where, rapping in both French and English, he began to see some interest in his music, though not yet enough for him to become a full-time musician.

In 2009 he began posting music to YouTube, originally covers of (mostly French) rap and R&B, along with some vintage 1970s soul songs. In France he began collaborating with French singer Madie Guillevin, appearing in the first music video he did, in 2011, with just 450 €. He and Madie became a couple and were married on 2 June 2011. That year would be both "[his] best and [his] worst", according to an interview to Musicplus. It was believed Madie would have a child, but in November that year she died in a car accident near Paris.

It was then where the names of XX3 originates. He has stated in interviews that the XX and the 3 combine to make 23, but the exes represent his wife and to be born child.

His first release ever was a a collaborator on the Madie Guillevin EP Les Roses in 2010 and later in French rapper James Delleck's album L'impoli. He released several songs through music streaming websites as part of an EP titled Âme enchaînée (Chained Soul), but these were not originally successful.

Malone returned to Brunant in 2012, and it was then when his music on Youtube began to be noticed. Executives at Revolt Music were quick to notice him and they signed him on in September that year. Malone independently worked on new material throughout the year, which was either remastered and tweaked at Tone Deph studios or simply redone, to be released as XX3 (TWENTYIII) on 1 December 2012 (a bootleg version of the original untouched songs was circulating on the internet in 2015).

Work on a full album began in late 2013, though work was slow as Malone focused on concerts and doing collaborations with other musicians. He worked with rapper 2 Infinity on his album Yung, featuring on six of his fourteen tracks.

Without any prior announcement or promotion, on 28 July 2015 Malone released a five-song mixtape titled A Big Barry White Looking Mutherfucker. The title comes from a quote from the popular 1983 movie Trading Places, and the fact that he has been frequently compared visually to Barry White. A typo on Malone's website had the album name with "muther" instead of "motherfucker", but it was then decided to keep the typo as is. This was originally a limited release, where only 5000 album downloads would be sold, for 35 euros, with an accompanying CD. The cover artwork, known as 25 blue, is a series of 25 pixelated portrait of Malone with different color tones. The first song on the album is What Am I Gonna Do with You by Barry White, and the others are all retro-inspired music. Three are songs by Malone and the last song in a 9-minute cover of the Nina Simone version of Sinnerman which includes a rap interlude, in which Malone has stated he takes listeners through the history of rap.

Critical acclaim was high, but there was much disappointment at the very limited release of the album. Eventually on 31 October that year, the album became widely available on iTunes and music streaming sites, but now with a different cover artwork, featuring a blown-up version of the center square from the 25 blue cover.

Soulful Dude and Out of Wedlock (2016)Edit

XX3 began work on a new album in early 2016. The project was quickly separated into two, with different themes and styles.

Soulful Dude, an EP, was released on 11 June 2016. It tales its name from Malone's self-given nickname, and features him on the cover in a dark room, with only an old lightbulb as clearly visible. The dark mood is reflective of his work on the EP, and he has meant it to be "a window to [his] soul, and a peek at deep dark secrets within".

He is planning a 1960s and 1970s-inspired soul and RnB album, to be released under his real name of Hanty Malone. Malone did a tour of Europe in January 2017, where in Norway he was interviewed by music magazine HISS!G; there he did an impromptu playing of the 1960s hit Green Onions, which was released as a video and digital download on 29 January.

On 30 March he announced the upcoming release of an eponymous album and album cover, which was styled after 1970s soul albums. He announced on his website that 5000 vinyl LPs would be released (with 2500 for sale exclusively in Fnac Brunant stores), along with CDs and digital downloads. 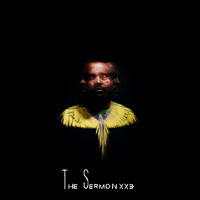 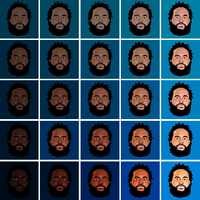 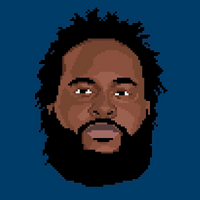 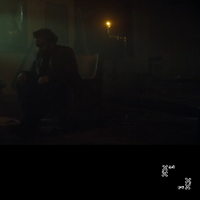 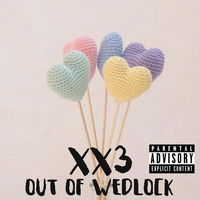 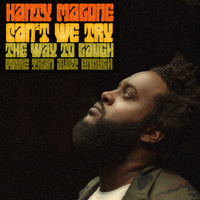 Hanty Malone (2017)
Add a photo to this gallery
Retrieved from "https://carrington.fandom.com/wiki/XX3?oldid=66704"
Community content is available under CC-BY-SA unless otherwise noted.